"Youths are passed through schools that don't teach

Then forced to search for jobs that don't exist

And finally, left stranded in the streets

to stare at the glamorous lives advertised around them." 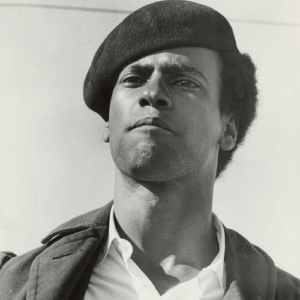 Organization for the Victory of the People (OVP) is committed to the radical transformation of Guyanese society. A movement of the people, we are a political vehicle for the poor, dispossessed, and all those who refuse to accept the existing oppressive social, economic and political arrangement.

OVP was founded on February 20th, 2015, by members of  Joint Initiative for Human Advancement and Dignity, an organization that was at the forefront of the struggle against Bharrat Jagdeo's death-squad regime.

OVP is committed to the establishment of a genuine democracy that facilitates the participation of the people at every level of the decision making process. Genuine democracy will deliver economic justice, affirm human dignity and recapture our sovereignty and right to self-determination.

Unlike the politically bankrupt, bourgeois-oriented parties cluttering the political landscape  - all competing to manage the existing failed system, OVP seeks to dismantle the neo-colonial arrangement.  Despite more than 50 years of so-called independence - what we call “flag and anthem independence”, Guyana remains a 'captured state'.

We are neither “left” nor “right”, recognizing these terms as irrelevant in our context. Our ideology is based on the Divine principles of truth, justice and harmony, transcending the materialist doctrines of both Liberalism/Capitalism and Marxism/Communism.

To lead lives of dignity, purpose and fulfillment, the people must be their own liberators and masters of their own destiny. There must be no decisions about us, without us.

For those who say that the people are not ready to decide for themselves, we say, in the words of the Brazilian philosopher and educator, Paulo Freire, “It’s in making decisions, that we learn to decide”.

"NAH GIVE UP, I SAY THERE AIN'T NO GIVING IN" 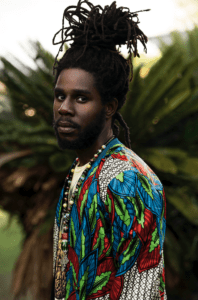 We believe in the supremacy of GOD, and that every human person possesses a dignity and intrinsic worth that comes from GOD, not from any human quality or accomplishment, race or gender, class or economic status. We believe that the spirit of GOD should be expressed in our politics, business and in every area of society.  We believe that materialist ideologies, such as Liberal Capitalism and Marxism, reduce people to mere economic units - producer and consumer, thus doing injustice to the dignity of the human person and their purpose on earth.

We believe that the ownership of property is a natural right and fulfills a social function. Widespread ownership of property and the means of production - individually or in association with others, produces political stability, social cohesion, and greater freedom of action for individuals and communities. However, in any conflict of interest people are always more important than property, and the State must ensure a just distribution of wealth for the common good of all the people.

We believe that private enterprise and capitalism are not synonymous. We recognize the right of citizens to engage in private business within a national framework that removes any possibility for exploitation or domination. Both capitalism and communism are monopolistic and are two forms of economic totalitarianism. Capitalism uses the so-called free-market to monopolize and concentrate wealth in the hands of a few (the 1%), while communism abolishes private property and places all resources and economic activity in the hands of the State.

We believe that the natural resources of Guyana belong to all the people, and these resources, and in particular non-renewable resources, should be controlled and administered in such a way that they benefit all, including future generations. The wealth of a country must not be concentrated in the hands of a few, a wealthy minority (the 1%), who are then able to control the conditions under which the majority (the 99%) live.

We believe that we are a part of nature, not separate from it. Human beings, our communities, nature and the earth are all part of a larger unity, which must be preserved if we are to survive. Our environment is a sacred trust belonging to all Guyanese, present and future. Since its protection is essential to our continued existence and survival. we must utilize our resources in a way that future generations will benefit and not suffer from the practices of our generation. Environmental destruction is the result of Western ideologies that advance the absurd concept of endless growth in a world of finite resources and a development model that regards nature as something to be conquered and subjugated to the might and power of humans. This is the reason we are facing climate catastrophe.

We believe in the dignity of labour. Human labour is the key to the creation of wealth and should not be treated as a commodity to be bought and dispensed with, disregarding the rights of the worker. Every worker should have the right to just treatment on the job, adequate benefits, a fair wage, humane working conditions, economic security, incentives and profit sharing, and the ability to participate in workplace decision making.

We believe that a country's economy must serve the people, not the other way around. An economy should be governed by justice and not simply by the laws of the marketplace. We believe in the democratization of the economy to ensure that every Guyanese, regardless of ethnicity or creed, have decent housing, adequate nutrition, free and quality public healthcare, free education, and a livable income, which are the essential rights of all human beings. These rights must not be undermined by market forces and the profit motive. Any society where extreme poverty co-exists alongside the concentration of wealth in the hands of a few is not a democratic society. Economic democracy is the basis of a true democracy.

We believe that education is a fundamental right of each person, and is the most important precondition for self-emancipation. The education system in Guyana fosters social elitism and reinforces class division. It is a product of the intellectual tradition and experiences of another people, namely those that colonized, enslaved and indentured us. In its highest form, education is a process of attaining self-knowledge as a foundation for all other learning. However, our system is not geared towards developing self-knowledge, and condemns us to an ongoing intellectual and psychological dependency, resulting in our eventual intellectual incarceration. We reject the marketization of education, since it reduces the role of education to a short term activity instead of a lifelong learning journey and process, and it limits the student’s ability to function as an agent of knowledge production. We are committed to revolutionizing our education system in order to develop the intellectual, psychological, spiritual and physical potential of every individual; encouraging the development of intellectually liberated citizens that are active members of our collective struggle for personal and social transformation.

We believe that liberal democracy is a deception, and that the existing parliamentary system is essentially an arrangement that facilitates competition among the political elites for power, while creating the illusion that the people have a say because they vote every five years. The reality is that the people are excluded from the decision-making process and only matter to the politicians when they need their votes. It is an obsolete political system and must be replaced by a system of direct participatory democracy, based on a network of people's assemblies, councils and committees, in which the people are the effective controllers of political power and the political process.  Guyana is well placed to implement such a system, given the size of our population and our well established communities. In this way, the people will be able to participate in making decisions that affect their lives. Our aim is to usher in a radical democracy that gives life to the popular slogan, "No decisions about us, without us".  Radical democracy - real democracy - is the authority of the people.

We believe that as a nation we have an inalienable right to self-determination - the right to determine our social, economic and political system without coercion, dictation or threats by any foreign entity or power. Neo-colonialism and imperialism are obstacles to achieving economic justice and true independence, therefore we participate in and support the global struggle for the complete eradication of imperialism in both its military and economic expressions.

We believe in ‘Permanent Revolution’, that is, constantly transforming ourselves while transforming the world around us. The ‘Permanent Revolution’ is essentially a spiritual revolution. It is an awakening of the Spirit in order to usher in a new outlook, a new consciousness, based on Divine principles. It begins when one discovers God as the Absolute Truth. This results in a spiritual transformation which leads to a new thinking and new sentiments – to the emergence of a new personality. A new person is born, a person that rejects the materialism, crass consumerism and the illusion of freedom that the status-quo presents. This inner transformation finds expression in the higher behavior of the human person, in worship, in character, in social relations etc. To produce a new person, a new consciousness and a new political culture is the main objective of the spiritual revolution.

“Political Independence is not an end in itself but an instrument. If after its achievement no attempt is made to restructure the economy and society; if there continue to be the old white-faced cocktail parties; if foreigners continue to control the wheels of the economy and display haughty condescension towards the natives; if tokenism at the economic, employment and social levels is institutionalized then we shall all be consumed…Political democracy must be translated into social and economic democracy…Otherwise we will have marched, struggled, fought and died in vain. Otherwise Independence and Republic status are meaningless”
Forbes Burnham 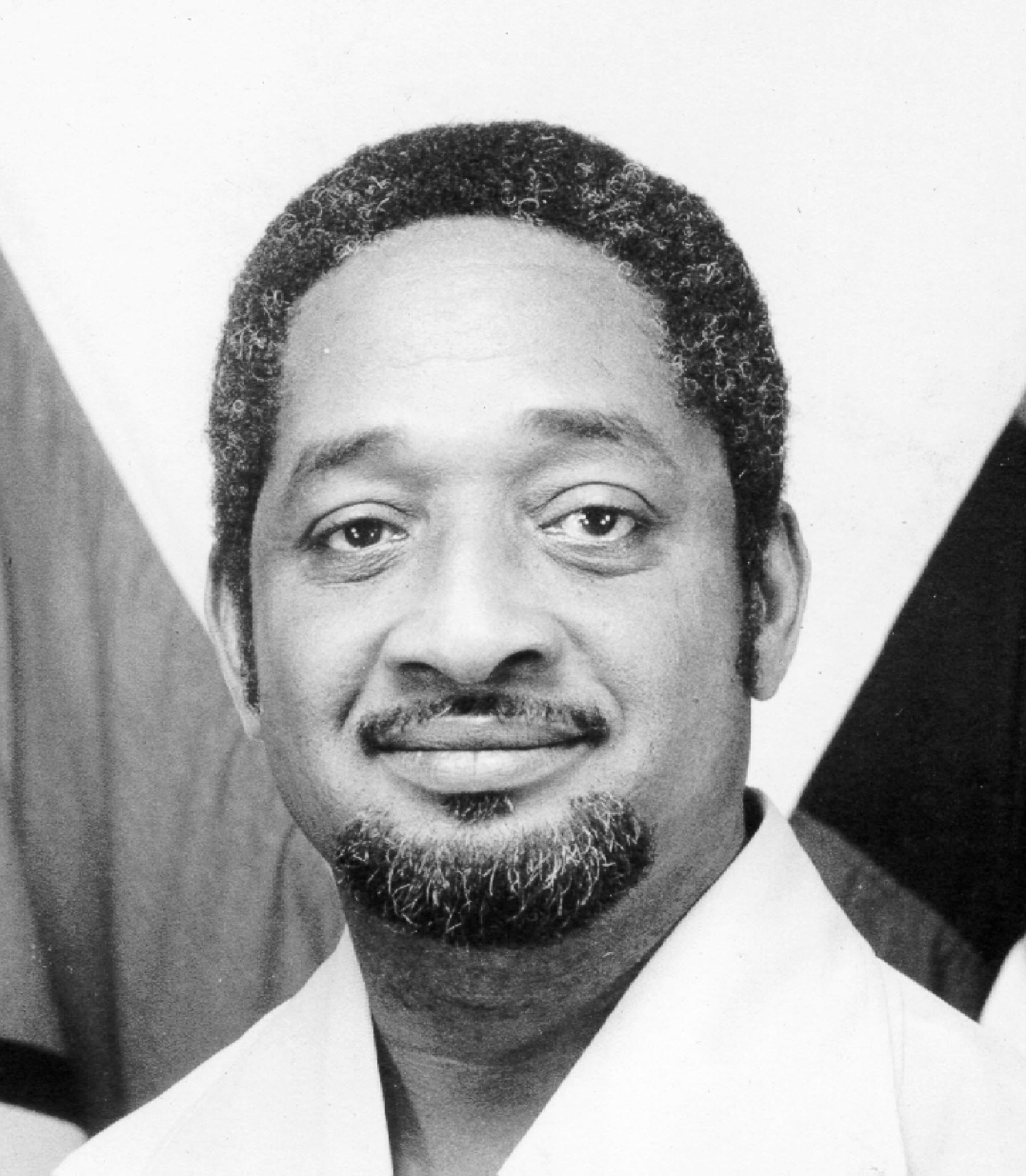